Quick Trip: (The Other) Portland (by Carmen) 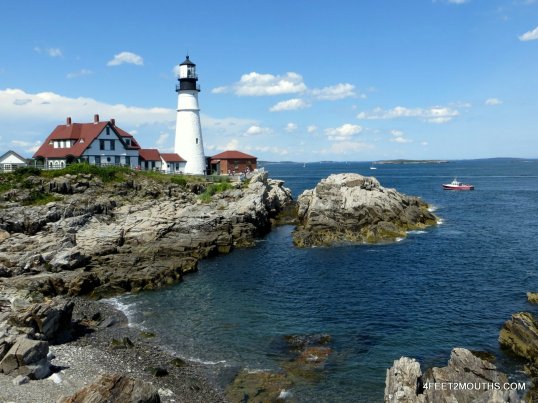 A friend of ours got married and during her honeymoon landed a job that meant she and her hubby would be doing the long-distance thing for a year. Fortunately for us, that new job was in beautiful Portland, Maine and we were excited to visit. While only a quick flight from NYC, we felt much further away in this small New England city enveloped by dark green forests.

First stop, poutine. Being near the Canadian border, why not?  But that’s not quite fatty enough so we stopped by Holey Donut afterwards for sweet potato doughnuts. I had never heard of such thing but they were some of the the moistest, most deliciously sweet fried dough on earth. I loved them.

Another sweet find in the Old Port area – Standard Baking Co.  This lovely bakery reminded me of my beloved Acme back in Berkeley.  Abundant fresh sweet and savory pastries piled high on one another making it difficult to choose just one.  Fortunately, we were there with Bay Area friends who happened to be in town – Julia and Jonathan (who were also with us in Vietnam). 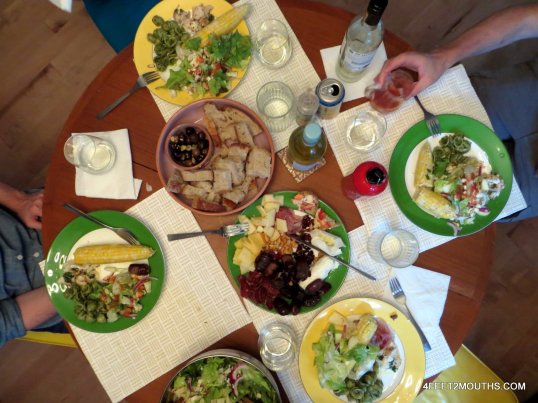 One cannot live on dessert alone. Really, there was one food I was truly after in Maine: lobster. And the Harbor Fish Market delivered. We gawked at the delicious looking seafood and settled on shelled lobster to slather with butter and stuff into rolls. We ate these along with the home cooked meal our hosts Justine and Nick treated us to that night. All of us went to bed extremely full.

From the path towards Portland Head Lighthouse

Along with lobster, Maine’s other icon is the lighthouse (see top photo). And yes, the one we visited was a majestic as could be.  There’s something about lighthouses, with their lonely austerity braving the waves, that is captivating.

The rest of the weekend went by too fast, including local beer at Lost Riot, yummy food in the West End, and good times with great friends. Thank you Justine and Nick for a lovely introduction to Portland!

One thought on “Quick Trip: (The Other) Portland (by Carmen)”