Archive for the tag “Madrid”

Mad About Madrid (by Carmen) 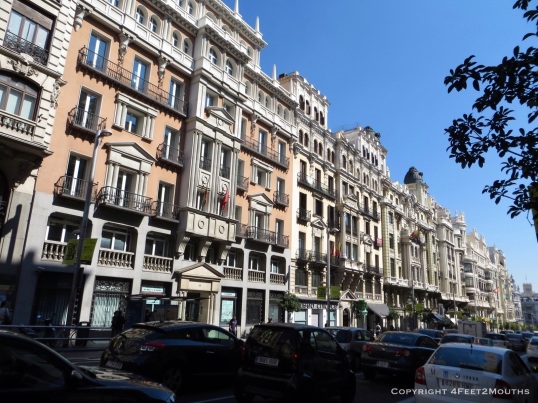 There is something special about Spanish cities and I think I know what it is. It has to do with the fact that Spaniards love just hanging out with others – long lunches, hours spent sipping coffee, inumerable sidewalk benches to chat with neighbors. This love of socializing is relflected in the physical form of their cities. The urban landscape is decidely dense but not overwhelmingly so. And what is amazing (at least from an American’s perspective) is that this density reaches right out to the city’s edge. Instead of a sprawling mass of suburbia, there is a clear division of city and countryside. I observed this in Pamplona, Burgos, Leon and Madrid; for the most part, these cities all follow this pattern. 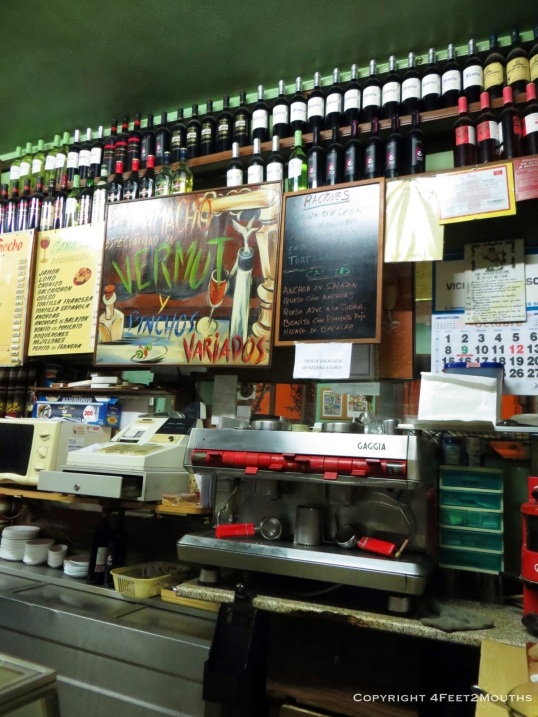 Nathan and I were still recovering from the camino so we tooking it easy in Madrid. We slept in. We caught up on the internet. We napped. Although this left us time to only scratch the surface of the city, the neighborhoods we did see enchanted us. First was the ‘hood we stayed in, Malasaña. It was a youthful area where old meets new. For example, we started a night of tapas hopping at an old school bar down the street. Judging by the pictures on the walls, the same bartenders have been working for at least 20 years. We ordered sweet vermouth, which they kept on tap, and a simple snack of bacalao (salt cod) with tomato sauce. We perched ourselves on some bar stoools and watched the crowd ebb and flow. As we prepared to leave the bartender poured us two complimentary shots of homemade hierbas (herb liqueur). He poured one for himself and we all raised our glasses and gave a chant of “salud!” 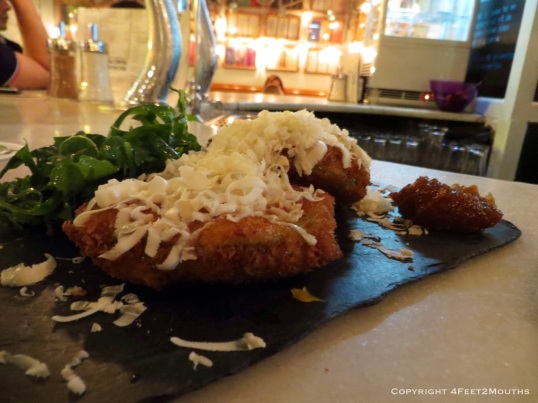 Me and la bomba

Next we hopped to La Musa, a new school tapas joint conveniently located across the street from our hostel. They stepped it up here with offerings such as fried green tomatoes with cheese and fig jam. It was excellent. We even visited a second time to taste their other specialty, a meat stuffed potato they called la bomba (the bomb).

We got more new wave tapas on Calle de la Cava Baja, a bar street that is a little too commercialized but still fun because of all the people and choices. Along with fellow peregrinos Donavon and Suzanne we sampled beers and wine until late into the night. Conveniently, the bars serve cañas or about a third pint of beer. This makes it much easier to bar hop without getting too tipsy.

Stealth shot of a painting in the Prado, where photos are a no no

Another wonderful feature of Madrid is free museums. Ok, they are not free during the day but in the evenings two of the city’s most famous art museums are completely free. I was particularly taken by the surreal paintings from El Greco, especially considering his work is 400 years old! The Prado Museum has a collection that competes with the Louvre.

We found that the park provided a wonderful place to nap.

Of course, we also visited the historic center of Madrid in all its winding street glory. Nearby the Plaza Mayor we found the Mercado San Miguel, a high end market with stalls selling snacks like anchovies or olives. Nearby we settled in for a gigantic paella for two, which was really for four. With one of our favorite Spanish dishes we said goodbye to Spain. It was time to move on to new cuisines and cultures. Also new languages! Nathan and I had traveled for months speaking either English or Spanish. Now, we refreshed our memories of the greek alphabet as our next stop was Athens. 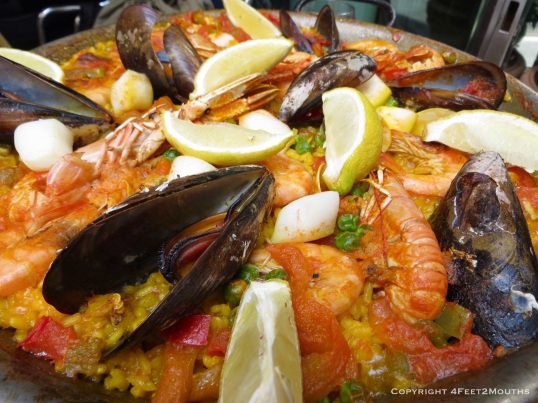